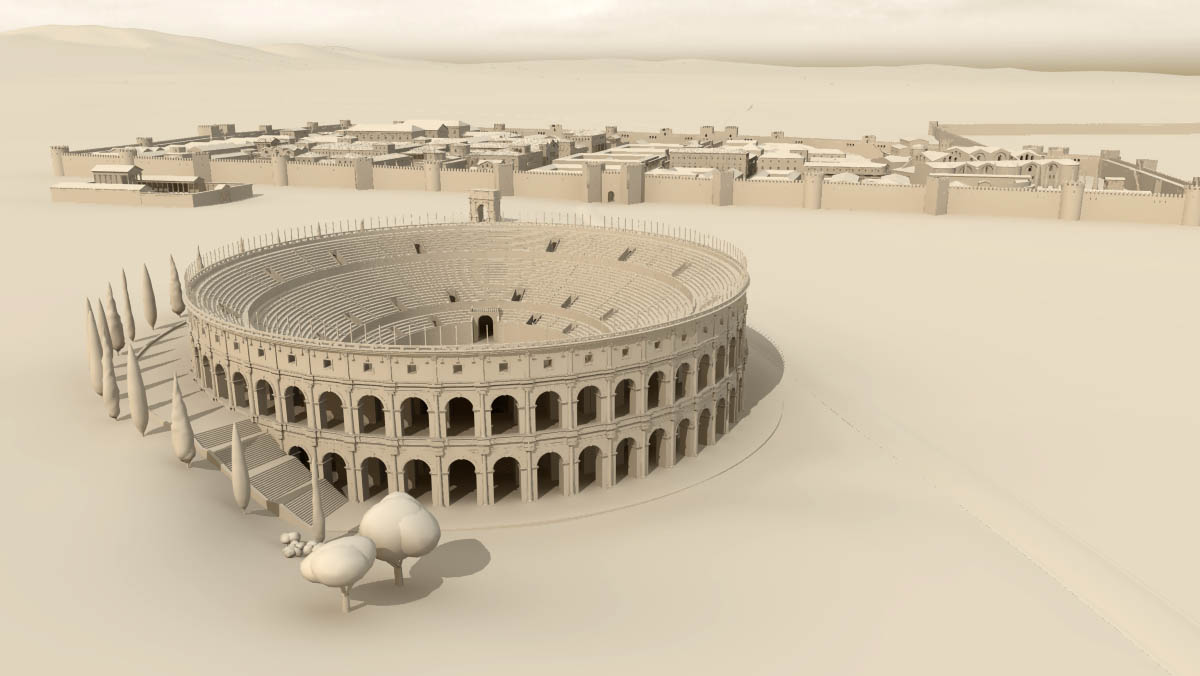 One of the oldest cities in Europe, the history of Sofia (Thracian name Serdika, ancient Bulgarian name: Sredetz) can be traced back some 7000 years ago – prehistoric settlements were excavated in the centre of the present city. The well preserved town walls (especially their substructures) from antiquity date back before the 7th century BC, when Thracians established their city next to the most important and highly respected mineral spring, still functioning today. Sofia has had several names in the different periods of its existence, and remnants of the city’s millenary history can still be seen today alongside modern landmarks.

Sofia’s development as a significant settlement owes much to its central position in the Balkans. It first became part of Bulgaria during The First Bulgarian Empire in 809 and was proclaimed for capitol in 1879, just a year after the Bulgarian liberation from the Ottoman Empire in 1878. 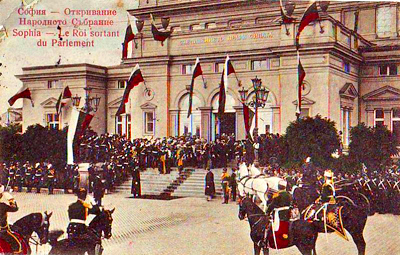 AntiquitySofia was originally a Thracian settlement called Serdica, or Sardica, possibly named after the Celtic tribe Serdi. For a short period during the 4th century BC, the city was ruled by Philip of Macedonia and his son Alexander the Great.Around BC 29, Serdica was conquered by the Romans. It became a municipium, or centre of an administrative region, during the reign of Emperor Trajan (98-117) and was renamed Ulpia Serdica.

It seems that the first written mention of Serdica was made by Ptolemy (around 100 AD). Serdica (Sardica) expanded, as turrets, protective walls, public baths, administrative and cult buildings, a civic basilica, an amphitheatre – the City Council (Boulé), a large Forum, a big Circus (Theatre), etc. were built.

When Emperor Diocletian divided the province of Dacia into Dacia Ripensis (at the banks of the Danube) and Dacia Mediterranea, Serdica became the capital of Dacia Mediterranea. The city subsequently expanded for a century and a half, it became a significant political and economical centre, moreover — it became one of the first Roman cities where Christianity was recognized as a official religion (Еmperor Galerius). So it was only very natural that Constantine the Great called Serdica (Sardica) “My Rome”. In 343 A.D. , the Council of Sardica was held in the city, in a church located where the current 6th century Church of Saint Sofia was later built. Serdica was of moderate size, but magnificent as an urban concept of planning and architecture, with abundant amusements and an active social life. It flourished during the reign of Byzantine Emperor Justinian I, when it was surrounded with great fortress walls whose remnants can still be seen today.

The city was destroyed by the Huns in 447 but was rebuilt by Justinian and for a while called Triaditsa or Sredets by the slavonic tribes. 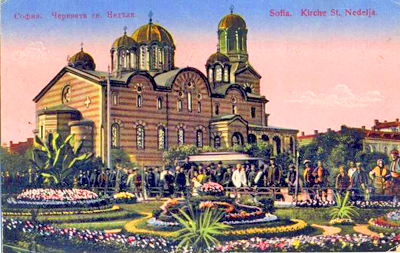 Middle AgesSofia first became part of the First Bulgarian Empire during the reign of Khan Krum in 809, after a long siege. Afterwards, it was known by the Bulgarian name “Sredets” and grew into an important fortress and administrative centre. After the fall of North-Eastern Bulgaria under John I Tzimiskes’ armies in 971, the Bulgarian Patriarch Damyan chose Sofia for his seat in the next year. After a number of unsuccessful sieges, the city fell to the Byzantine Empire in 1018, but once again was incorporated into the restored Bulgarian Empire at the time of Tsar Ivan Asen I.From the 12th to the 14th century, Sofia was a thriving centre of trade and crafts. It is possible that it had been called by the common population Sofia (meaning “wisdom” in Ancient Greek) about 1376 after the Church of St. Sofia. However, in different testimonies it was called both “Sofia” and “Sredets” until the end of the 19th century. In 1382, Sofia (Turkish: Sofya) was seized by the Ottoman Empire in the course of the Bulgarian-Ottoman Wars – after a long siege the city was captured with treason. The new name “Sofia” replaced the old one (“Sredets”), after the liberation of the city from Turkish rule in 1878. Quite some time after 1878 there was a strong will, expressed by Bulgarian committees, to keep the name Sredets, but the Russian administration accepted Sofia. 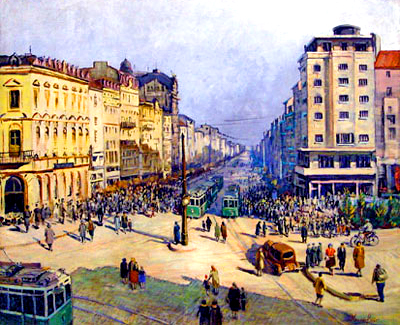 After the campaign of Władysław III of Poland in 1443 towards Sofia, the city’s Christian elite was annihilated and became the capital of the Ottoman province (beylerbeylik) of Rumelia for more than 4 centuries, which encouraged many Turks to settle there. In the 16th century, Sofia’s urban layout and appearance began to exhibit a clear Ottoman style, with many mosques, fountains and hamams (bathhouses). During that time the town had a population of around 7,000 which rose to 55,000 by the mid 17th century.

The town was seized for several weeks by Bulgarian haiduks in 1599. In 1610 the Vatican established the See of Sofia for Catholics of Rumelia, which existed until 1715 when most Catholics had emigrated. In the 16th century there were 126 Jewish households, and there has been a synagogue in Sofia since 967. It was the center of Sofya Eyalet (1826–1864). 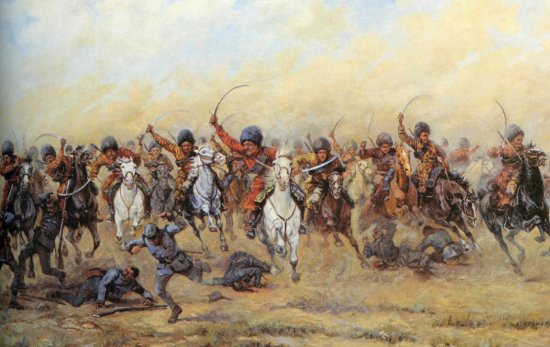 Sofia was taken by Russian forces on January 4, 1878, during the Russo-Turkish War, 1877-78, and became the capital of the autonomous Principality of Bulgaria in 1879, which became the Kingdom of Bulgaria in 1908. It was proposed as a capital by Marin Drinov and was accepted as such on 3 April 1879. By the time of its liberation the population of the city was 11,649. For a few decades after the liberation the city experienced large population growth mainly from other regions of the country.

In 1925 the St Nedelya Church assault was carried out by the Bulgarian Communist Party which claimed the lives of 170 people and injured another 500.

During World War II, Sofia was bombed by Allied aircraft in late 1943 and early 1944. As a consequence of the invasion of the Soviet Red Army, Bulgaria’s government, which was allied with Germany, was overthrown.

The transformations of Bulgaria into a People’s Republic in 1946 and Republic of Bulgaria marked significant changes in the city’s appearance. The population of Sofia expanded at high rates due to migration from province. 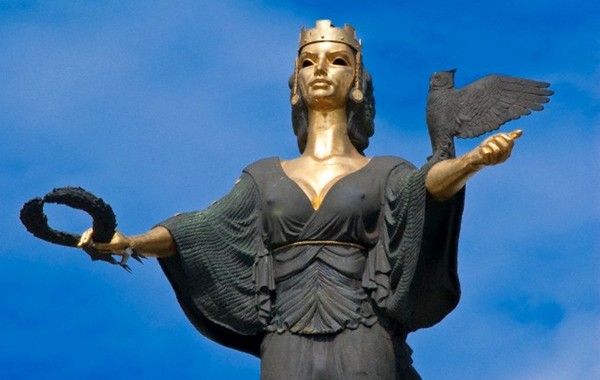 Sofia was first mentioned in the sources as Serdica in relation to Marcus Licinius Crassus’ campaigns in 29 BC. The name Serdica or Sardica was popular in Latin, Ancient Greek and Byzantine Greek sources from Antiquity and the Middle Ages; it was related to the local Celtic tribe of the Serdi. The name was last used in the 19th century in a Bulgarian text, Service and hagiography of Saint George the New of Sofia. Another of Sofia’s names, Triaditsa, was mentioned in Greek medieval sources. The Bulgarian name Sredets, an adaptation of Serdica, first appeared in the 11th-century Vision of Daniel and was widely used in the Middle Ages. The current name Sofia was first used in the 14th-century Vitosha Charter of Bulgarian Tsar Ivan Shishman or in a Ragusan merchant’s notes of 1376; it refers to the famous Hagia Sophia Church, an ancient church in the city named after the Christian concept of the Holy Wisdom. Although Sredets remained in use until the late 18th century, Sofia gradually overcame the Slavic name in popularity. During the Ottoman rule it was called Sofya by the Turkish population. 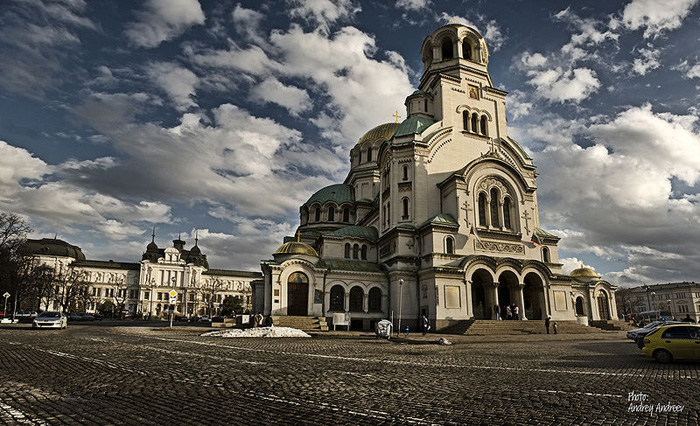